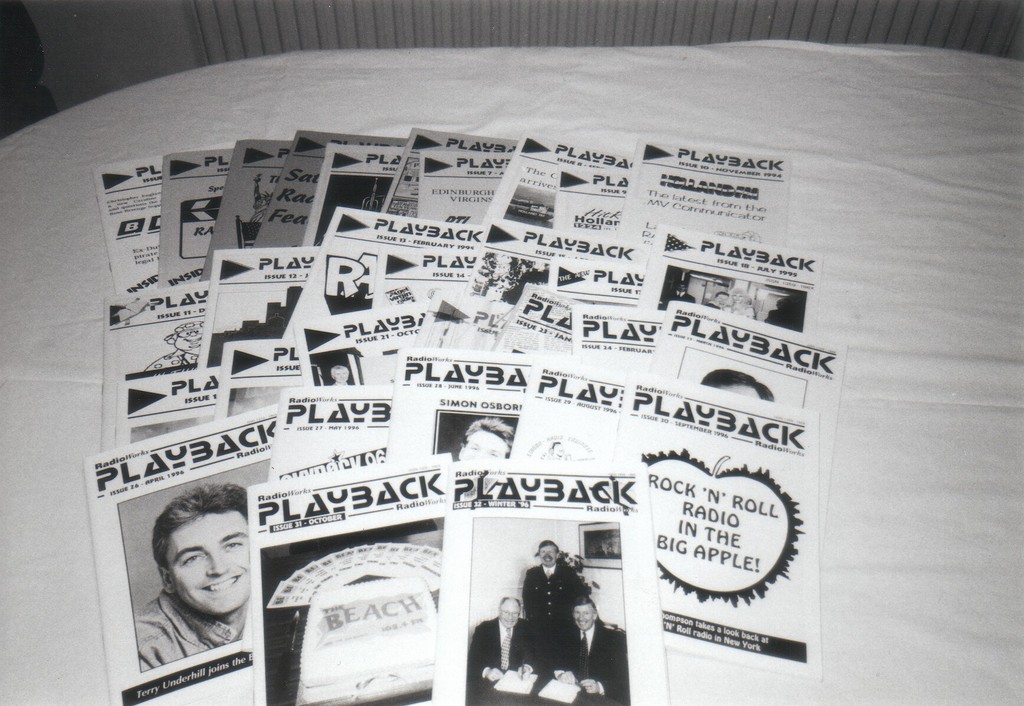 Playback, latterly Playback RadioWorks, was a professionally designed and printed A5 monthly magazine for people interested in radio. It was distributed to key people in the UK and European radio business, but also had a sizeable number of subscribers that had no professional connection with radio. It lasted for just about three years and 34 issues were produced in that time.

The magazine was started initially by Mike Kerslake, but after the first 16 issues were produced a new partner in the shape of legendary jingle producer Steve England and his company Alfasound came forward. We gained another partner and major editorial provider when John Brocks’s RadioWorks partnership joined the party and issue 23 announced details of this!

The magazine featured a varied diet of news, reviews and features, and was widely regarded as an excellent read by many people. Some of the contributors were, and still are, heavily involved in radio and their knowledge and support made the magazine a far more interesting and clear read than the weekly Radio Magazine.

However, the good times were not to last, simple economics and lack of advertising support from radio-related businesses made life very difficult, and although the magazine could have just about continued financially, there just wasn’t the free time available to do a proper job on it, so sadly after much soul-searching the magazine had to close in 1997.

After the closure all remaining back issues of the printed version of Playback RadioWorks magazine were given to Radio Caroline’s sales organisation to help them raise funds.

Visit me at Mastodon

A Bit About Britain is a personal, independent, project that seeks to inspire, inform and entertain. It provides a portal into Britain’s history, heritage and landscape, tells stories that put places and events into context – and appeals to armchair travellers, as well as to those already in Britain, or intending to visit.
A Bit About Britain

News and views for Mods!
The Mod Culture

Just click and see what has been played on this great radio station over the last 7 days!

We use cookies to personalize content and ads, to provide social media features and to analyze our traffic. We also share information about your use of our site with our social media, advertising and analytics partners who may combine it with other information that you have provided to them or that they have collected from your use of their services. You consent to our cookies if you continue to use our website.

Preference Allow All Disable All

We use cookies to ensure you get the best experience

Allow All Disable All

Marketing cookies are used to track visitors across websites. The intention is to display ads that are relevant and engaging for the individual user and thereby more valuable for publishers and third-party advertisers.

Save my choices
Powered by