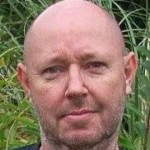 As a youngster passionately interested in radio I was very aware of a station that had broadcast for a short time from Monte Carlo to the UK. It played progressive music and had a cult following. It had ceased transmissions a year or two before I had started actively listening to radio, and in those days getting information let alone a tape recording of their broadcasts, was nigh on impossible. So Geronimo was a bit of a mystery to me. There were the occasional mentions or a few lines in the free radio or offshore radio magazines, but it wasn’t until recently with the rise of the internet more information has become freely available.
Therefore it was a real pleasure to see a short film about the station has been made. Have a look Radio Geronimo film
More about the station here

Listen to Seabreeze AM

Listen to one of the best online radio stations bringing back the music and memories of the glorious days of European offshore radio!